Leading with Eternity in Mind!

In the early years of Foothill Christian School, God called certain visionaries to come and be a part of building this institution that we so love and respect today. Among that “cloud of witnesses” was Leonard Soper, a dedicated leader who served as principal in the 1970s. Now advanced in years but still young at heart, this humble and soft-spoken man eagerly and lovingly flew from Washington State to attend our 50 anniversary gala last year. He was among the pillars that stood on stage that night in a special commissioning that included thankful prayers for the past 50 years, as well as God’s blessings over the future of this school.

Mr. G and Mr. Soper, who had never met prior to that celebration night, became fast friends who were joined at the heart by their love of children and Christian education. Naturally, when the 2013-2014 FCS yearbooks rolled off the press, Mr. G promptly mailed Mr. Soper one of the gold-emblazoned commemorative editions.

Not long ago, Mr. G received this letter from Mr. Soper. It’s a message of wonderful affirmation and one we’d like to share with you, our FCS family:

I had wanted to write this letter sooner, however, I’ve been neglectful with my correspondence. I want you to know what a wonderful time that my son, Marcus, and I had at the 50th Anniversary Celebration. Seeing the work that you’ve done with Foothill Christian School makes my heart swell with you. It’s absolutely amazing to see everything that you have accomplished, and all in such a “first-class” manner.

Interestingly, the other day I was wearing the FCS jacket that you gave me, which I wear quite frequently. A young lady said to me, “I went to that school.” I was so shocked that I forgot to ask her name. Just another testament to how far and wide your ministry reaches. I’m glad that you’re considering a high school someday. That would really complete the Christian campus that you have. The children that you serve certainly couldn’t get any better start in life than at FCS.

Thank you so much for the commemorative yearbook that you sent me. I enjoy perusing it over and over. I show it to all my friends, and they are amazed at what a beautiful school you have. I check out your website quite frequently. I am so proud of FCS. I pray for you and FCS every night during my prayer time. 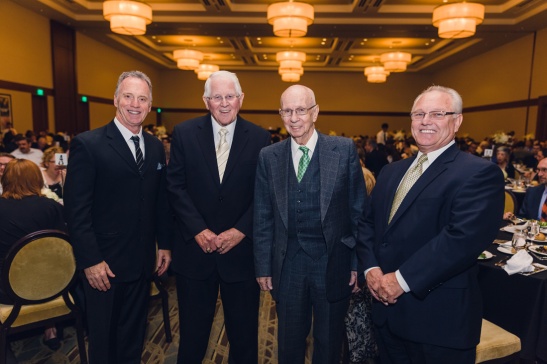