Today Tuesday, January 17, the group and I went down to a town called Azua. We went into this village and we saw all of the homes, it was shocking to see the conditions that these people live in. We went to this school to sing and feed the children and there were about a hundred children there. Which is more than we expected but we had to work with it and God gave us the ability to do that.

The first thing we did was sing songs and they seemed to really enjoy that. Then we got the food out, we didn’t think we’d have enough but we prayed and God provided like we thought he would. After we fed the children Manny got a box of toys and we started giving out toys to the children. While all of this was going on we had a medical clinic outside and that was very successful.

Shortly after we started giving out clothes and school uniforms to all of the people. After all of the kids left Melania, our wonderful cook, brought us some amazing food and we ate. As we were leaving out the door we saw a little 5 year old girl with a disorder where her brain is enlarged which results in other physical deformities and Mr. Gaines prayed for her. That was the end of day 3.

*A message for our November team: update on Theresa. I saw her yesterday and her foot has healed up nicely! She was very happy and we gave her another bag of food. She says hello and has been thanking God every day for you.

*Update on medicine: Mr. Gindi went to the airport to get the three suit cases of medicine that were taken from airport security yesterday with no success. It was looking slim, but we were given some hope today when Manny said he called an ex-president and is hoping he can work the situation out and get it back tomorrow so Dr. Khedia can use them the next two days. We’re praying hard for that to come through! 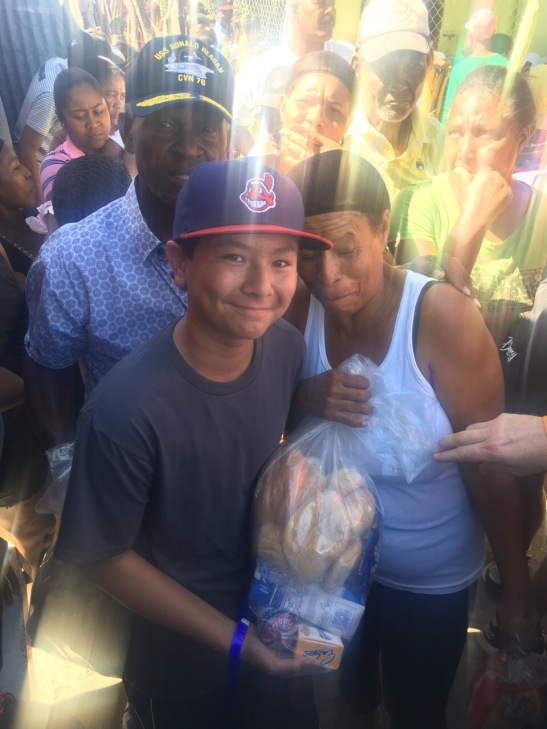