Today was a hectic but joyous day. We got to the foundation and immediately started playing with all the kids. Some of us even went to one of the schools to hand out school supplies. When we got back I went to play with some girls. While a girl named Pamalitia was painting my nails another girl named Rut Ester sang for us.

It made her so happy when Emma and I applauded her, then she asked us to sing for her. After lunch I was in the medical clinic and a lady asked me to hold her baby. I did and even though she slobbered all over me I loved her with all my heart. Pamalitia found me a little while later and asked for a piggyback ride. At the same time some girls wanted to play Double Double with me so I played with them while I held Pamalitia on my back. I eventually wandered to Jolene, Emma, Hannah Hardy, and Dharma. They were having a conversation with a man named Alex. He was deaf so they were talking in sign language. We talked for what seemed like ages and then we had to leave and we got to end the day with frozen yogurt.

Children were screaming with pain. Chaos overruled the place as people were trying to get medical care from the medical clinic. I worked at the medical clinic for the second time, but every time I went to work it was a mess, with people trying to get medicine and care. I helped Mike, who ran the pharmacy and got people the correct medicine. I also gave some children candies to calm them down- some were even fighting for it. Outside the clinic, there were children playing with joy and happiness- but inside, they were in pain.  When I took a little break, a found a little group of people that were not talking. It made me curious- ‘what are they doing?’ This is what happened. There was a mute guy named Alex. He couldn’t speak, so Jolene and Jin learned sign language in Spanish to interact with him. He was a great drawer, just like Hannah H., who drew an amazing picture on my hand. However, he had to collect boxes to earn money. He told us that in next ten years, he is going to come to America. I felt so sorry for this guy, who has to gather boxes for 10 years. Compared to me, my parents just bought me a plane ticket. Jolene and all our classmates prayed for him and wished he could arrive safely in America. When I came back from break, I saw a boy that Dr. Khedia was taking care of. He was frowning like he was in a lot of pain. Later, I heard that he got a very bad burn on his belly. He was trying to turn on the stove but something went wrong and he got a burn. Since he didn’t get medical care fast it was very infected. When I saw it, I felt extreme… shock. It is hard to explain. I felt my stomach flip over. Even though it was just a burn, the infection made it worse. It was oozing from the burn and Dr. Khedia put a clear liquid (he told the patient it was water but think it was just for assuring the patient) to sanitize the burn and gave him several antibiotics. Even though it was a fun day, I feel bad for other patients who had serious problems. We need reinforcements in Dominican Republic.

Today was really a life-changing day for me. After spending time with the kids, we went to the canyon, where they actually live. It was in very harsh conditions and the houses were really weak.  Alex, my friend who can’t talk, told me in sign language that if it rains a lot, they swim back to their houses. All the rain flows down to that place. So, you never know when your house is going to flow away. However, they were so happy and glad to greet us inside, see us, and say hi to us. I met my friend who was really funny. He knew I didn’t know Spanish and respected me by doing funny things. And at that place, he gave me a fist-bump and introduced his house, smiling. Smiling as if he had seen Jesus. I really felt bad for him. He never knew when he’s going to lose everything and he’s proudly showing his house. It was the most loving scene I have ever experienced this week. After visiting the canyon, I decided to call that place, “the Heaven,” Where everyone is happy and greets people although they have nothing. Although they know they are going to lose it. And that is the place where I would really like to go and help. 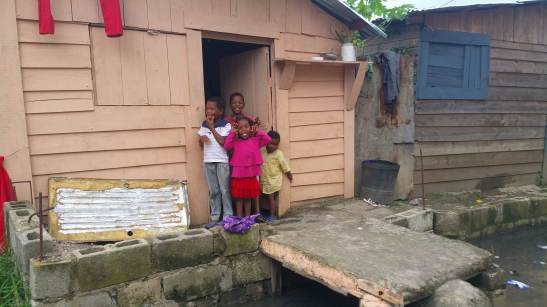 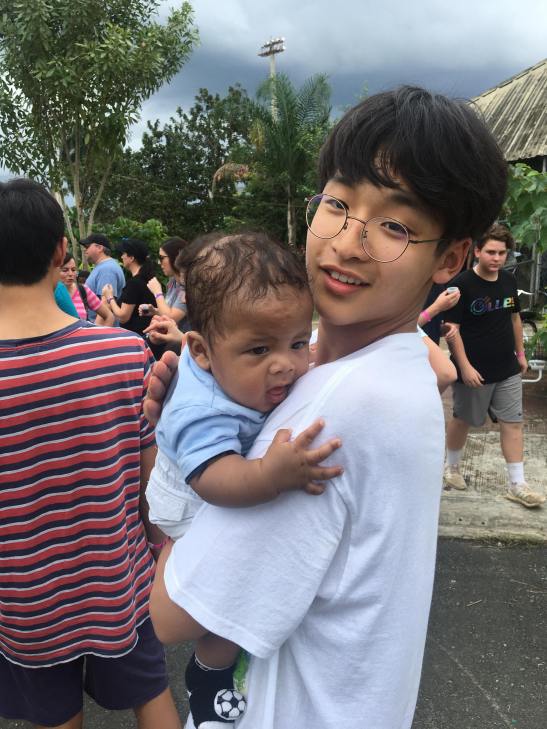 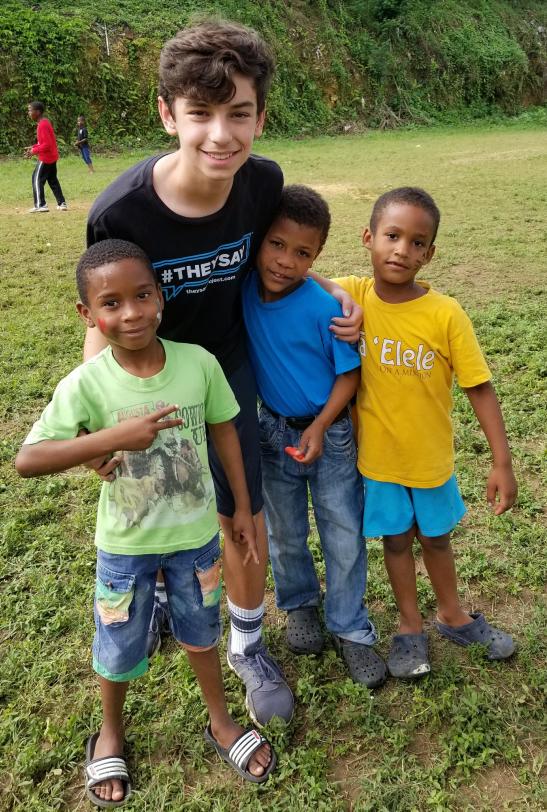